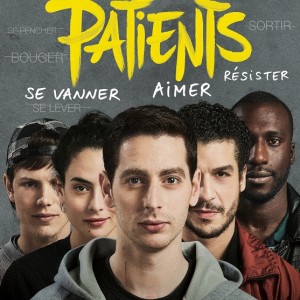 The Estepona City Council informs that the Cine-Club of the municipal delegation of Culture will start the winter cycle with the screening of the film 'Patients' (2016); French dramatic comedy based on the book by the famous slam poet and composer Grand Corps Malade, in which he recounts his rehabilitation after an accident in his youth, when he dived into an insufficiently filled swimming pool.

The screening will be next Thursday, January 14, at 8:00 p.m., at the Padre Manuel Cultural Center, in the original version in French with Spanish subtitles, with free admission until full capacity and with anticovid measures. The Alliance Française of Malaga collaborates.

Synopsis: The day that Bécassine was born, a band of partridges flew over the modest Breton farm where he came into the world. As an adult, her childish naivety remains intact.

She dreams of going to Paris, but her meeting with Loulotte, a baby adopted by the Marquise de Grand-Air, will change her life. Bécassine becomes their babysitter and a great complicity is established between them.